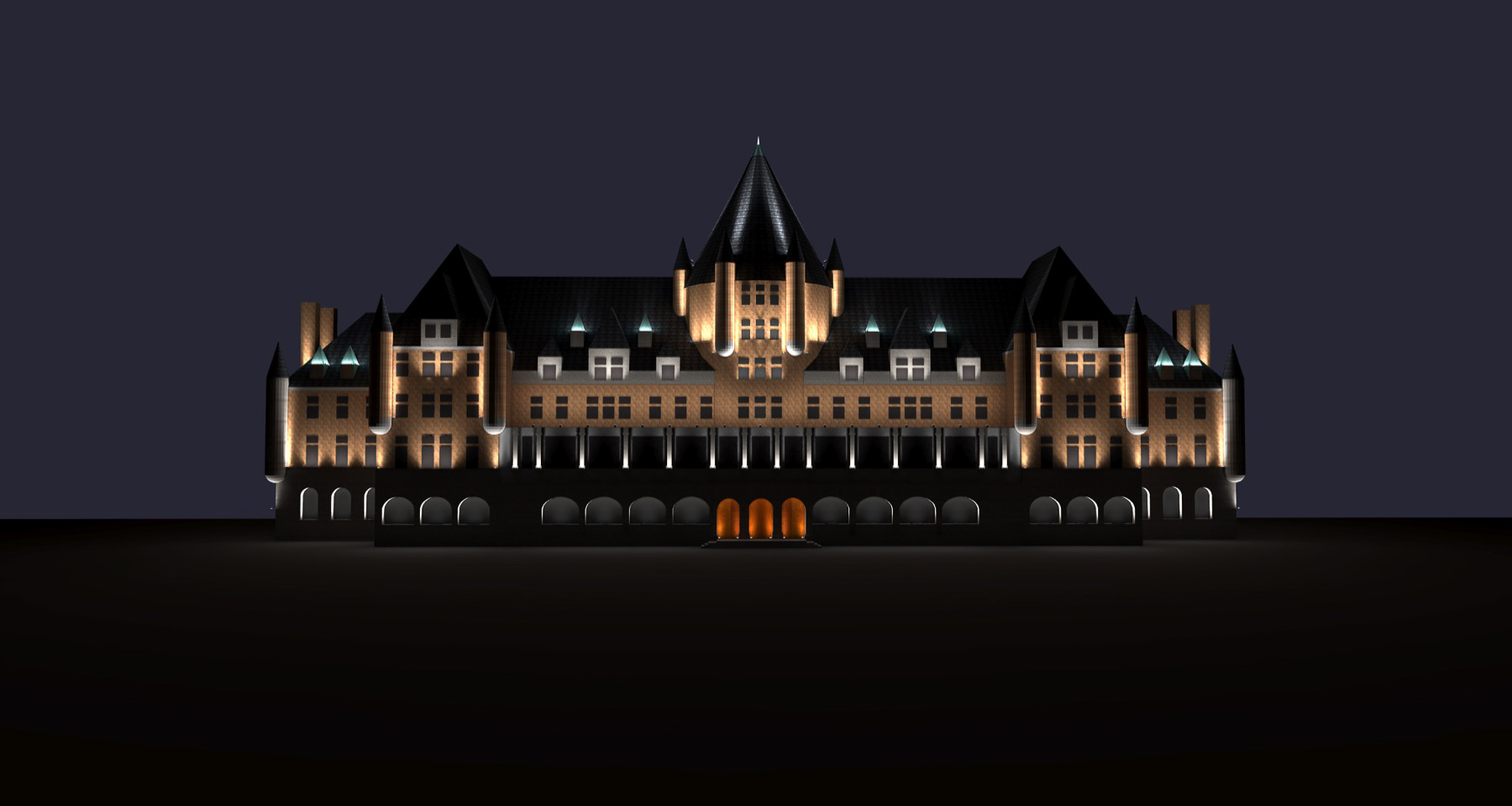 Train Station and Hotel in the Old Montreal Neighbourhood

Typical of a castle, the Train-Station and Hotel Viger stands out in the landscape due to it’s imposing and ancestral character. The highlighting of the building as part of its revitalization is part of the Old-Montreal Lighting Master Plan. A former train station, hotel and terminus of the Canadian Pacific Railway network, the architectural lighting reveals various elements of the facade such as galleries, pilasters, turrets, chimneys and the conical dominating roof.